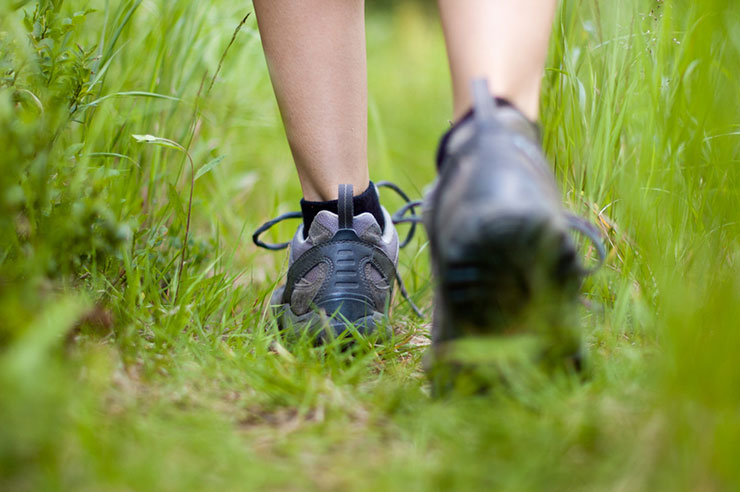 Anxiety sits in that middle ground between the physical and the mental which is governed by the hormones. Hormones are the connecting link between mind and emotion. It is very difficult to determine whether the biochemistry governs the emotions or whether the emotions govern the biochemistry. We do know, however, that the mind and the body influence each other constantly.

If you are struggling to beat anxiety, helping yourself with a healthy lifestyle is very important. Start off by being careful about what you eat.

Sugar, and refined flour create glucose peaks which require a good quantity of insulin to get back into a normal range. When there is an insulin peak after a glucose peak, the levels of dopamine go up and down abruptly, which can cause anxiety. Sugar also increases the levels of lactic acid in the blood, and it has been shown that high levels of lactic acid in the body go hand in hand with anxiety.

Adrenalin and cortisol release are also influenced by the intake of sugar.

Most anxiety sufferers have a sugar addiction.

Caffeine blocks adenosine, a protein found in the body which regulates the firing of neurons in the brain. By blocking the adenosine, the firing neurons increase and the pituitary gland orders the adrenal gland to produce more adrenaline, as if to get ready for a emergency. This can cause anxiety symptoms.

Alcohol is a fermented sugar and causes very much the same effects as sugar on the body; lactic acid, adrenalin spikes and strong dopamine fluctuations.

Organic food will allow you to get in micro-nutrients which are not present in industrially grown crops, and which are necessary for the body’s homeostasis.

Exercise burns up the stress chemicals, especially cortisol, which are produced during the fight or flight response which “misfires” and causes panic attacks. A study done in 2012 by the Department of Biochemistry and cell Biology of the Nippon Medical School showed that mice who did not exercise suffered from depression, which is associated with decreased neurogenesis and blood vessel density in the hippocampus.

Exercise also releases endorphins which act just like anxiety medications, only they are completely natural and do not have the negative side effects of chemical drugs. Exercise also helps cure anxiety-related insomnia.

Lack of sleep can be a two-fold problem for anxiety sufferers:

The Division of Sleep Medicine at the Harvard Medical School say: “Studies have shown that even partial sleep deprivation has a significant effect on mood. University of Pennsylvania researchers found that subjects who were limited to only 4.5 hours of sleep a night for one week reported feeling more stressed, angry, sad, and mentally exhausted. When the subjects resumed normal sleep, they reported a dramatic improvement in mood.”

It is very important that anxiety sufferers sleep regular hours, and if this process needs to be assisted with a herbal remedy or homeopathy then so be it.

Is this all obvious?

Well of course it is, and that is what’s so crazy about it all! It is really obvious that if you are suffering from biochemical imbalances you should be leading a healthy lifestyle by eating a healthy diet, doing regular exercise and getting enough sleep. However, most anxiety sufferers cannot help themselves form living a sedentary lifestyle, eating sugar and refined carbs every day and not getting enough sleep!

If you are one of those people, then it’s time to take full responsibility and accountability for your actions.